These are starting to flow like water — the kids now completely get the game. They throw great source material at me, and I’ve stopped angst-ing about the art and just go after it like a graphic designer, i.e. I no longer bother myself with the idea of drawings purely from my imagination (who the hell knows what a Giant Japanese Salamander looks like anyway???). I charge straight for the internet image cache and search til I find exactly the right two or three images to steal from, and off I go. Straight to the heart of the matter.
As ever, these three over-achievers give me lots to work with. 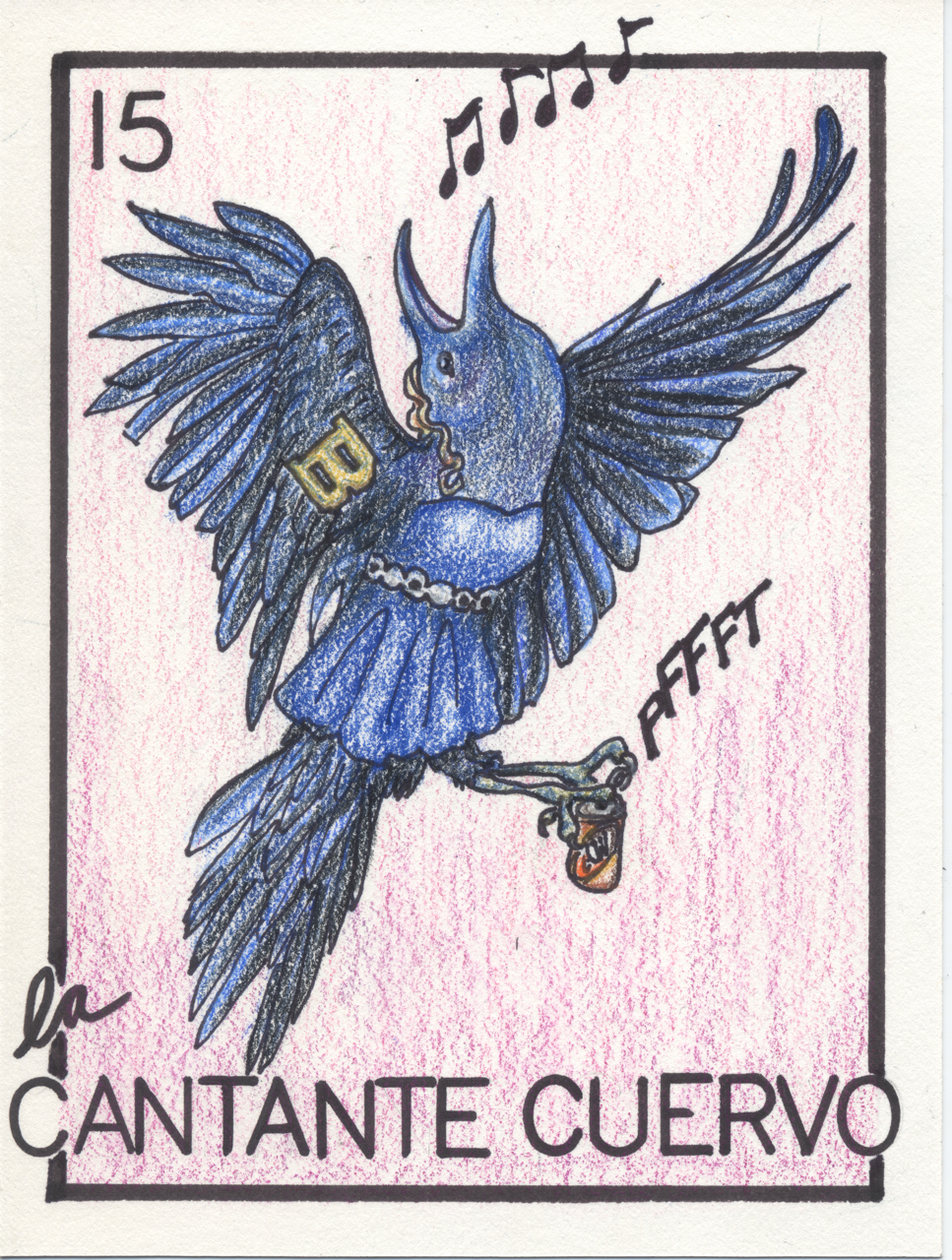 The lovely Rhiannon is still singing. And miming — the root beer can is from a drama team mime about an alien who arrives on Earth for the first time — a pop can being one of its many surprising discoveries. She also lettered in cross-country. And it was her first prom this year. She chose a midnight blue dress, just like the sheen of the raven, who is her totem at 15. 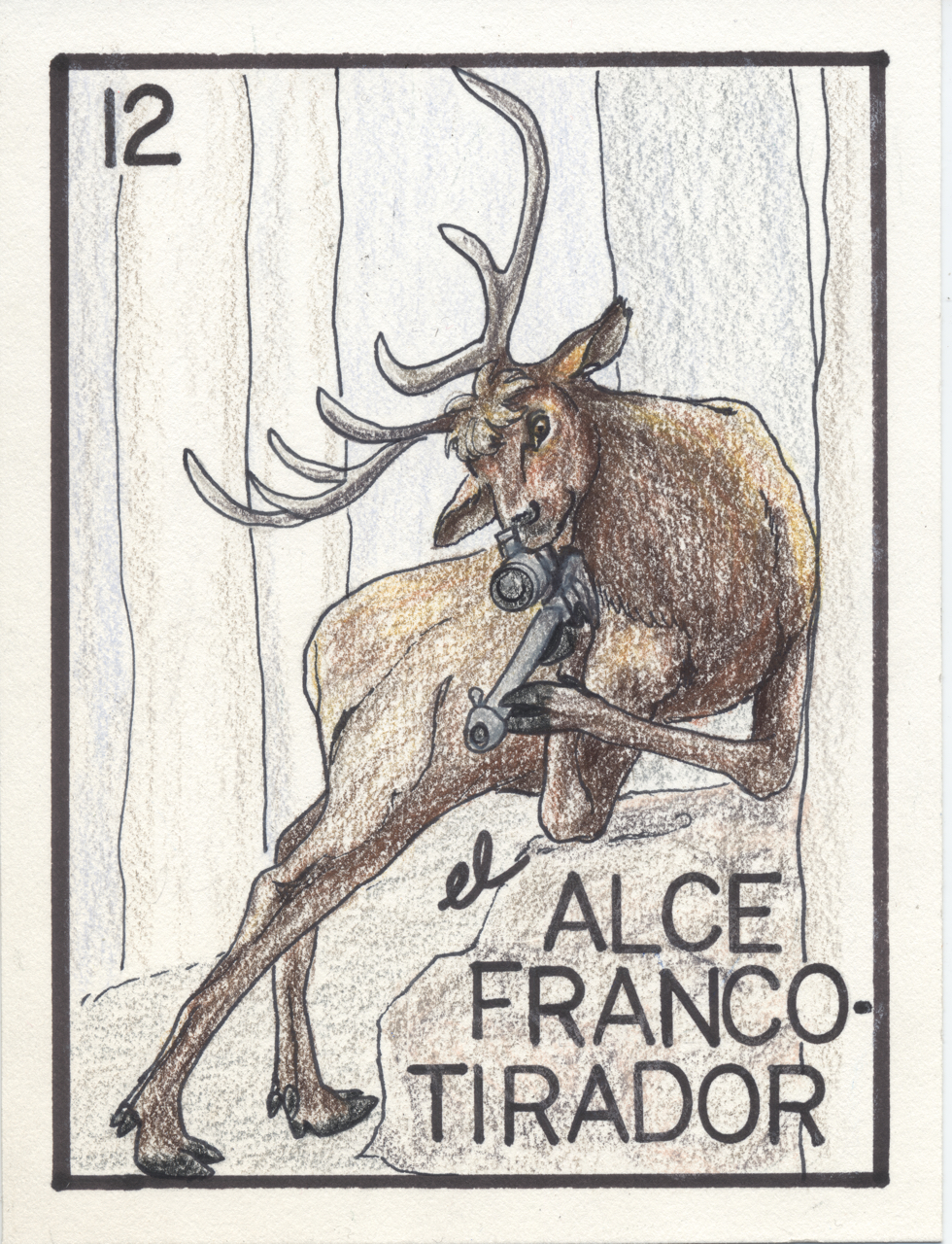 Lars’s wit, at 12, as a brow-tined elk, is no less wonderful than all those years as a frog or salamander or other cold-blooded fascination. I can attest to his obsession with Battlefield 4 — it was hard work getting him away from it to help me with his parents’ 25th wedding anniversary gift this summer. He’s especially into the re-con sniper. And I swear, the irony of the image did not even hit me until it was drawn — I was just doing what he asked. 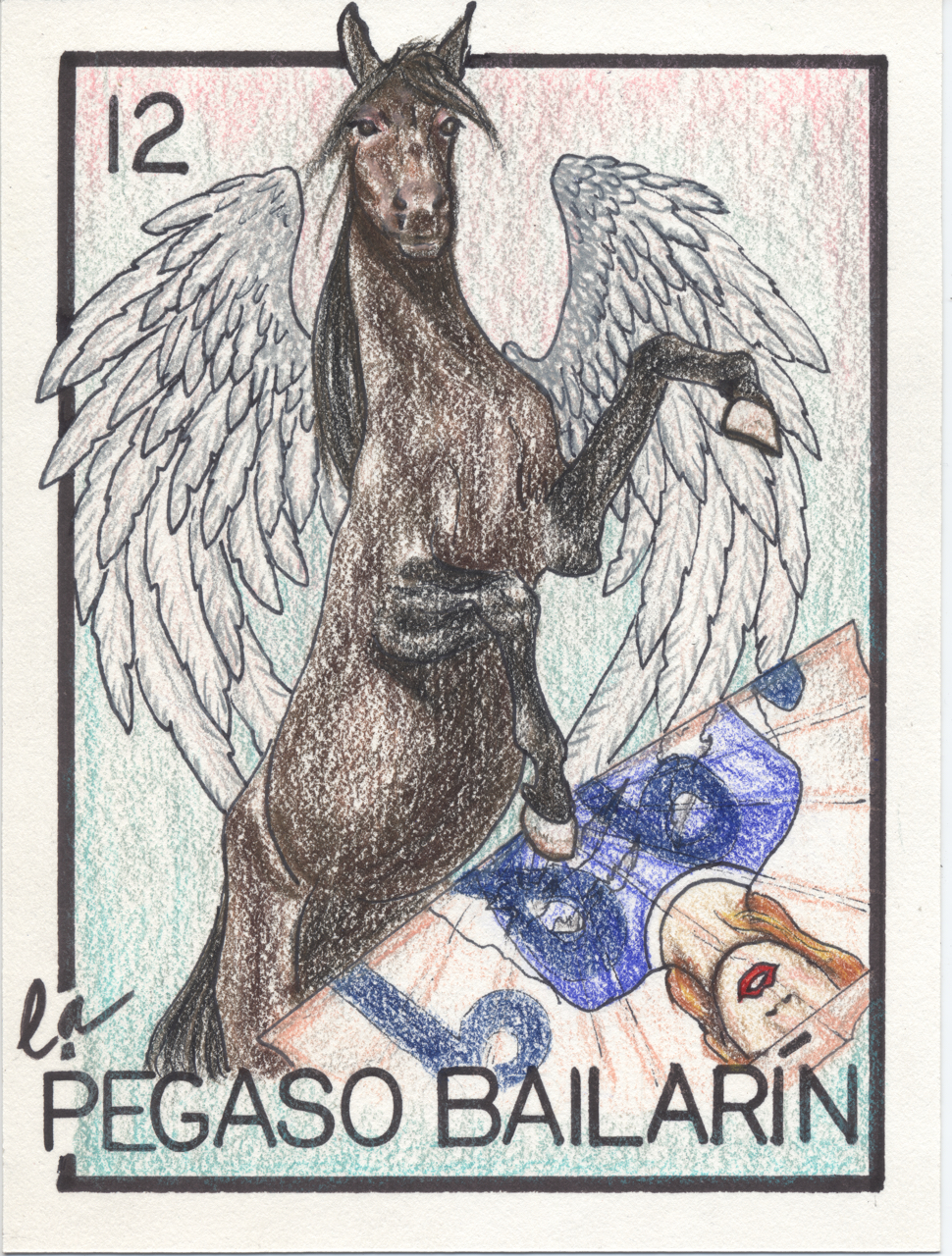 I love that Echo, at 12, returns to some of my favorite images for her. She has been a Pegasus more than once — which is one of my favorite images from mythology as well. Almost every year, there is some image from Chinese dance, this year from a beautiful photo her mom shared of her doing a fan dance…but rather than the traditional red, this one opens into the cover of her favorite CD, Taylor Swift’s 1989.
The rest of the series can be found here.