I promised once I’d landed in Seattle, there would be art! So here’s the first: the Loterias, capturing my nieces’ and nephew’s year in their Christmas gifts. They are digital again this year, as I’m still setting up my new space for making physical art. 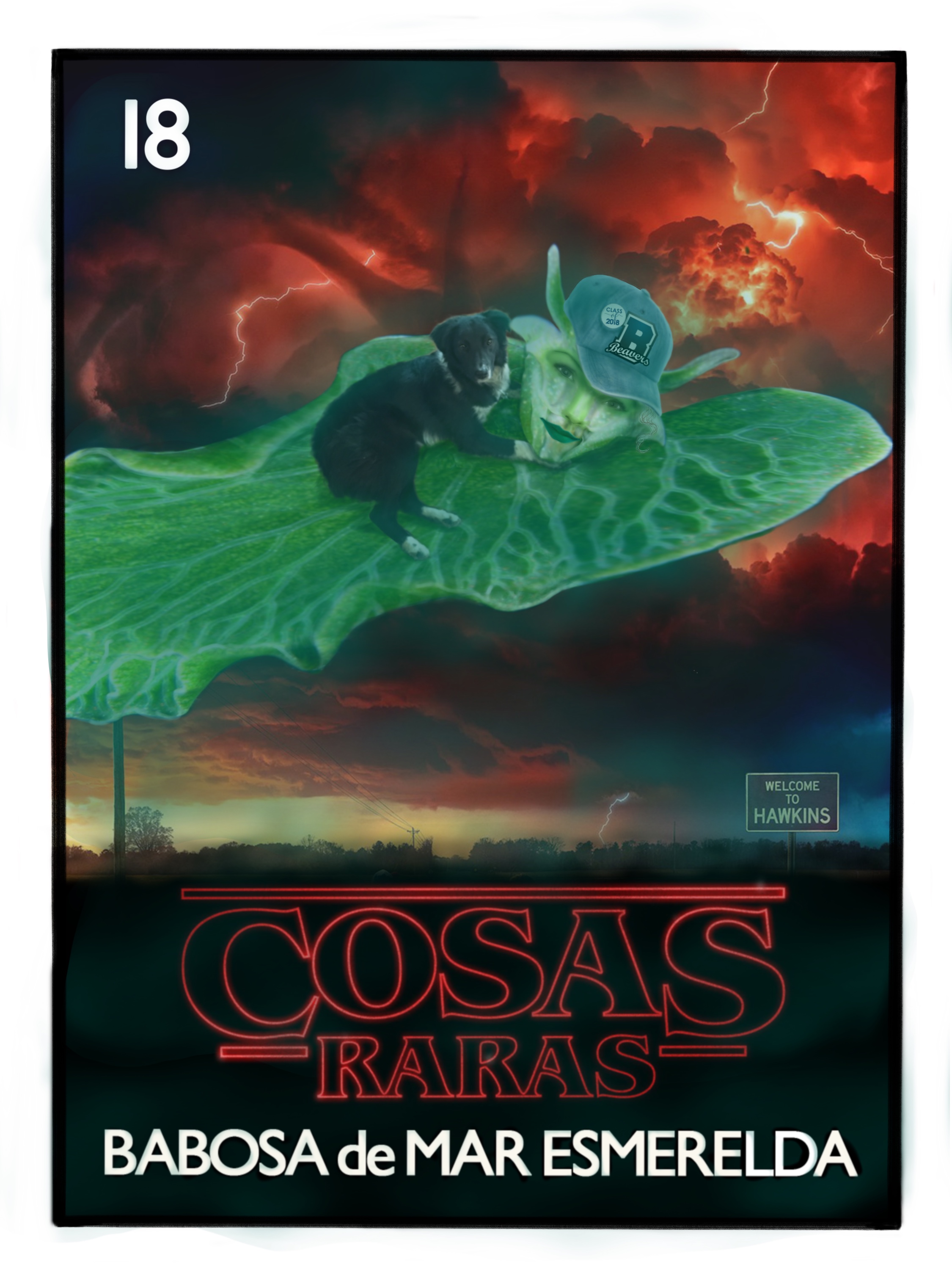 My eldest niece, Rhiannon, turned 18 (!!), and is a senior (!!!). So her favorite cap sports the colors and letter of the high school she will be graduating from this year (!!!!!). She is, like the rest of America, in love with the mysterious world of Stranger Things. And with her new puppy, sweet, exuberant Jax. She wanted to be an Emerald Sea Slug this year, as she is fascinated by its remarkable photosynthesizing properties and adaptive abilities. (One of the best parts of this annual project is the fascinating roads the kids send me down. You can read more about the emerald sea slug here.) As always, Rhiannon’s curiosity about the world and love of its wonders pushes aside any thought of a pretty image of herself for posterity. Though, in all fairness, she has plenty of those in day-to-day life. 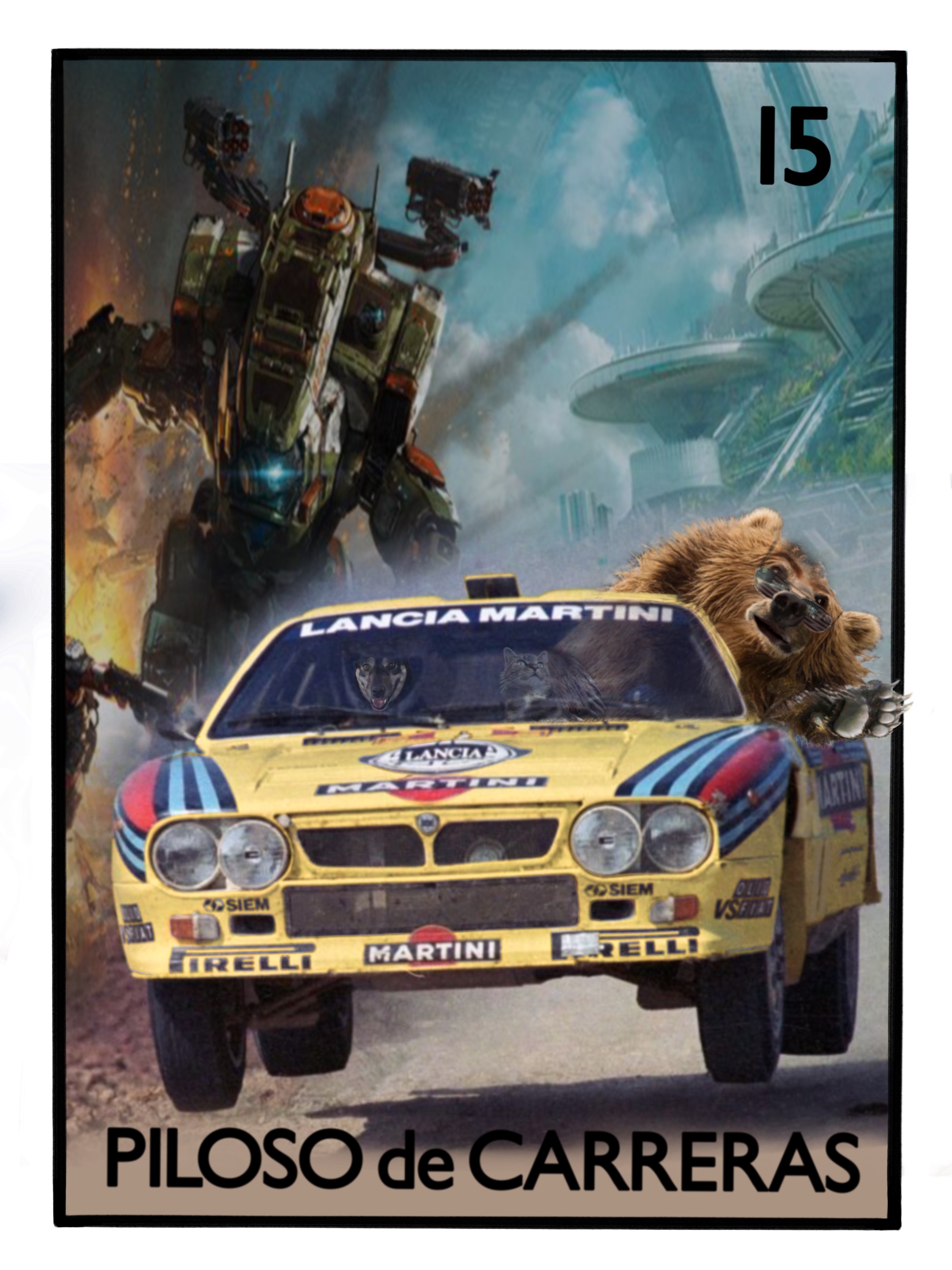 This year my nephew Lars bought his first car, a banana yellow Ford Festiva of indeterminate age. Suffice it to say: old. He’s been into auto mechanics this year, loves the Lancia Martini racing livery, and is, like most adolescent males of his era, obsessed with video games. One of his favorites, Titan Fall, provided the action setting for his card. He wanted to be a Kodiak bear—actually, he wanted to be a Kodiak bear with deer horns, but I forgot that part. ? And I’m sorry I did, because his sense of humor and the absurd are a couple of the things I like best about him. He is accompanied, in almost everthing he does on the ranch, by Raisin (his canine co-pilot) and Snickers, the tiny grey tabby at his elbow. They are a trio of trouble. (BTW, Lars got the only good word-play this year. A race-car driver in Spanish is a piloto de carreras, and a bear is an oso, y voilà: Piloso!) 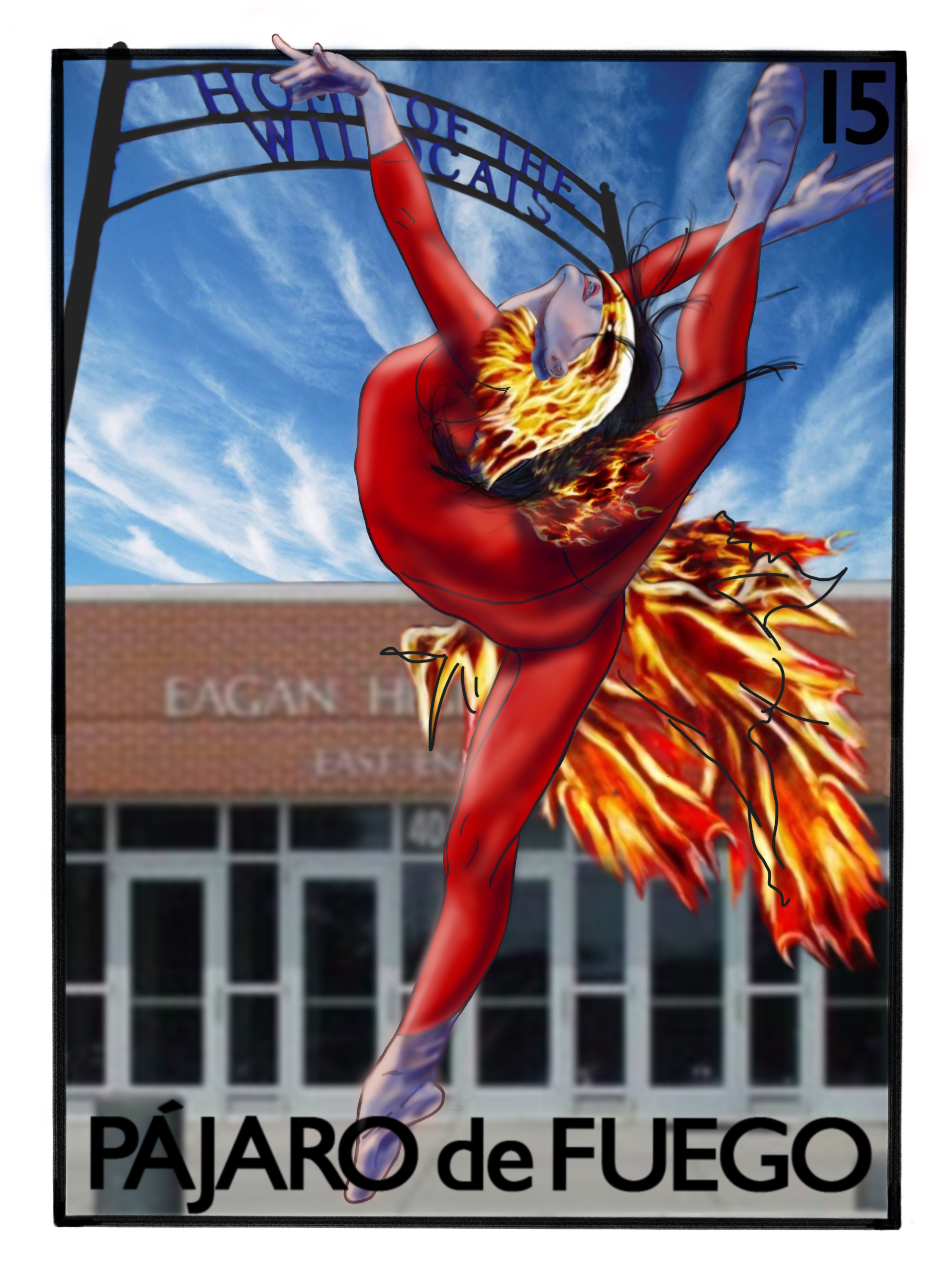 To celebrate its 25th-anniversary in 2017, the Chinese American Association of Minnesota Chinese Dance Theater premiered a new work. Called Our Dance, Our Dreams, it told the story of one dancer’s journey, using it as a metaphor for the evolution of Chinese dance, and the work of the theater itself over a quarter-century. My younger niece Echo, who fell in love with dance at the age of two, was given the honor of dancing the lead. A passionate dancer, she is also a member of her high school’s competitive dance team, and is proud of her progress, combining artistry with demanding discipline and athleticism, as she pushes the limits of her abilities. So this year, Echo is the Firebird from the ballet of the same name, a blazing spirit of dance.
I finished the 2017 Loteria cards on Christmas evening at my cousin’s Seattle home, while the rest of the guests played post-dinner games. It was the perfect thing, here in my new city, surrounded by a branch of the family I’ve missed a lot—plus some of their friends—with a full tummy, listening to their laughter and game debates and challenges, while I curled up with my iPad, passing the final touches of artwork for my sobrinos through my hands.
So here’s to your amazing 2017, Awesome Kidlets/Young Adults! You never cease to amaze and charm me. Wishing you all the unfolding of wonders and the pleasures of learning, growing, accomplishing, friendship and family in the year ahead.
With much love,

PS: Our family does a gift exchange between the sisters, and this year the two married sisters suggested I make Loteria cards for their spouses. One is still in progress, but the completed one can be found here.