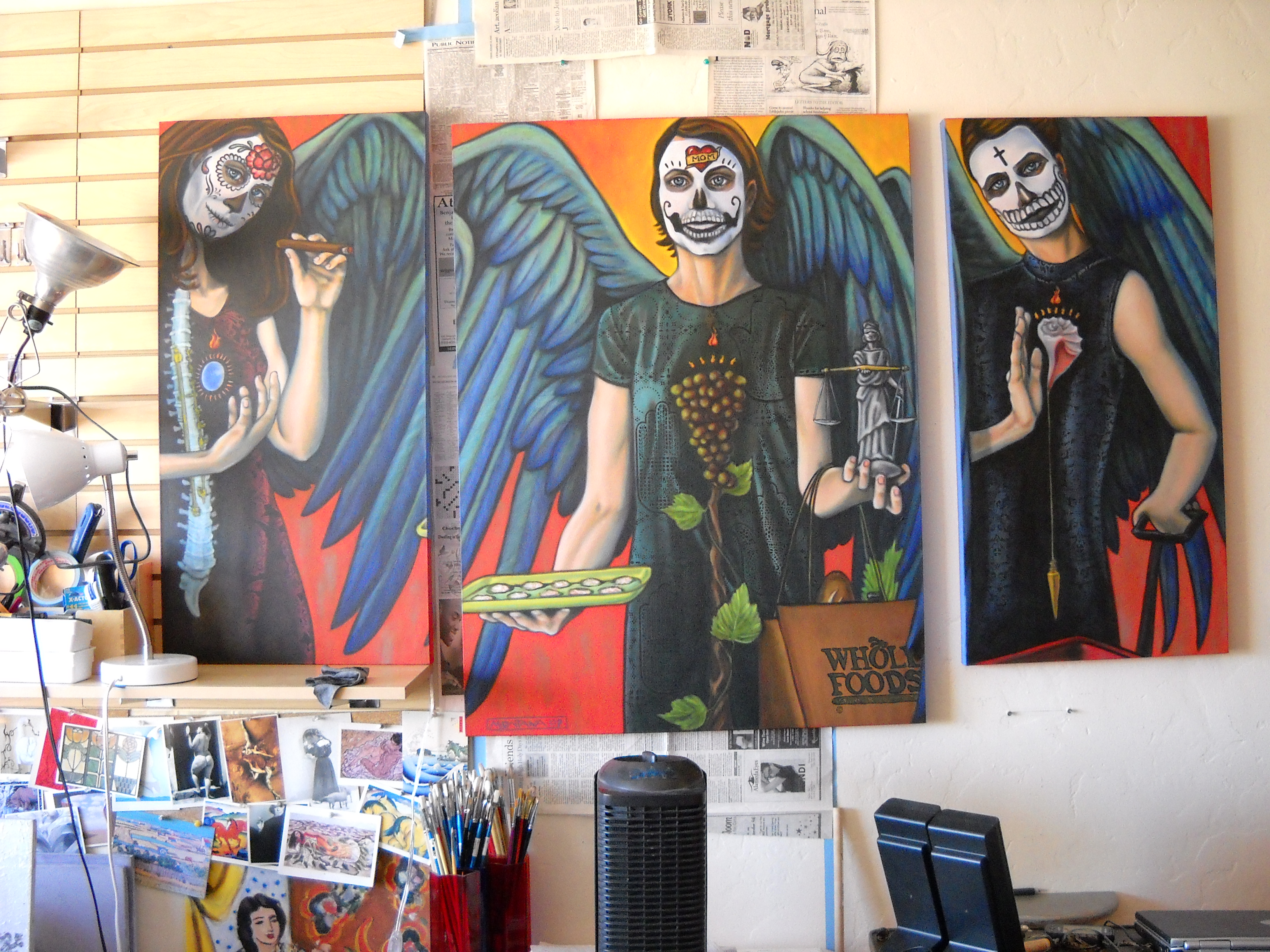 The American Woman Triptych was one of my first paintings. The line drawing and a first pass at underpainting were in place when I went to Oaxaca in 2001. When I came back, I picked it up again, though my painting had evolved a lot in that year, and I wasn’t sure where to go with it. Didn’t want to start completely over, though my skills at “verisimilitude” had improved–but it was what it was, the best I could do at that time. And I liked the freedom, the unconcern for accuracy, the greater focus on story…so I painted it up and let it live that way for some time.
It’s been out for a couple of showings since then, but I don’t think I was ever fully satisfied with it. Then this October, Jacqueline Cooper of Autobody Fine Art, and the Artistic Director of Hayward’s Sun Gallery, asked for some of my Mexico-influenced work for a show, and I started thinking on this piece again…what it was intended to express, the rightness of Mexican imagery for the base-line realities of living, and also about graphic story-telling. So I transformed the faces into calavera masks related to the roles in a woman’s life represented in the piece. And then I decided to take the graphic element further, flirting with a color version of the  “Notan” concept, outlining the figures as in a comic book–which my sisters and I grew up on…and I think it’s creeping towards satisfactory at last… 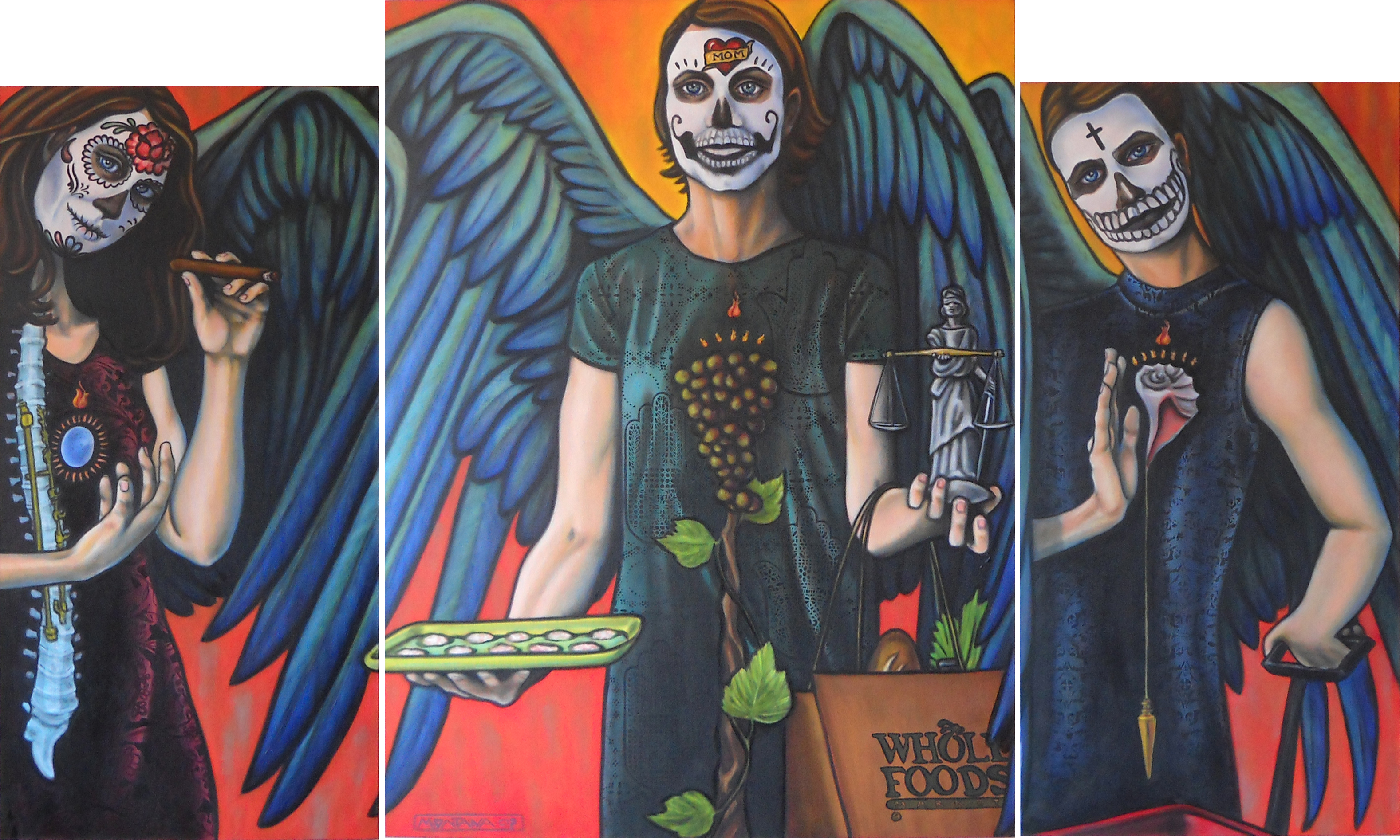 and she’s done… for now.