My motto: That which doesn’t kill you becomes your nickname.

For the first decade and a half of my grown-up life, I was a creature of the theater. The road is long between there and here—with passages through fish canneries, academia, and other countries—but in comparing the two beasts, I realize that painting shares a physicality with theater that I find necessary in art-making. Early in my acting career, I was heavily immersed in the almost foreign language of Shakespeare. That led me eventually to a form of contemporary theater that is similarly removed from the vernacular. The kind of theater I gravitated towards merged poetic language, movement, and sound in a way that is almost an abstraction of conventional theater. In so doing, it had the capacity to express the difficult subjects–violence, love, tragedy, prejudice, hope, loss, redemption–in ways that snuck into the brain from slightly different paths.

As a painter, I try to find a similar form, a mixture of the right elements to express what is tender and difficult to touch on. To quote Rebecca Solnit, “Part of my own endeavor…has been to find ways to value what is elusive and overlooked, to describe nuances and shades of meaning, to celebrate public life and solitary life, and–in John Berger’s phrase–to find ‘another way of telling’…” That’s what I’m after, most of the time.

I use mythology and symbolism (including syncretism, the imperfect marriage of differing mythologies), storytelling devices from theater, and cultural traditions like Mexico’s Loteria, to circle the central themes that interest me: individual stories (the Character Portraits), the relationship between religious and political power and how art works with both (the Pietà Project and Myth & History paintings), and—in the one series of paintings that stands outside the overriding and largely unifying force of the feminine perspective in my work—the Meditations on Trees, which are essentially totems of nature for urban life. 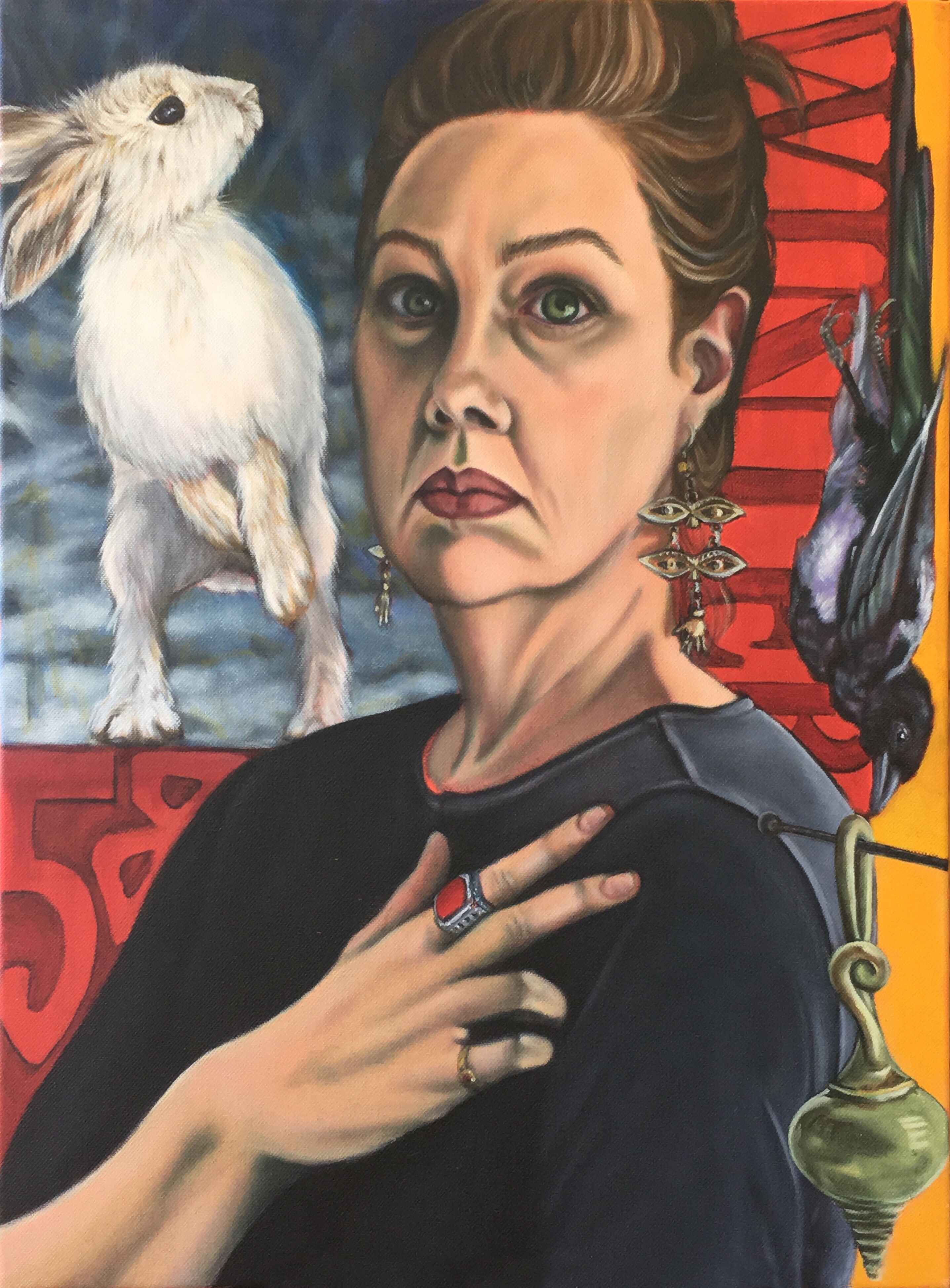