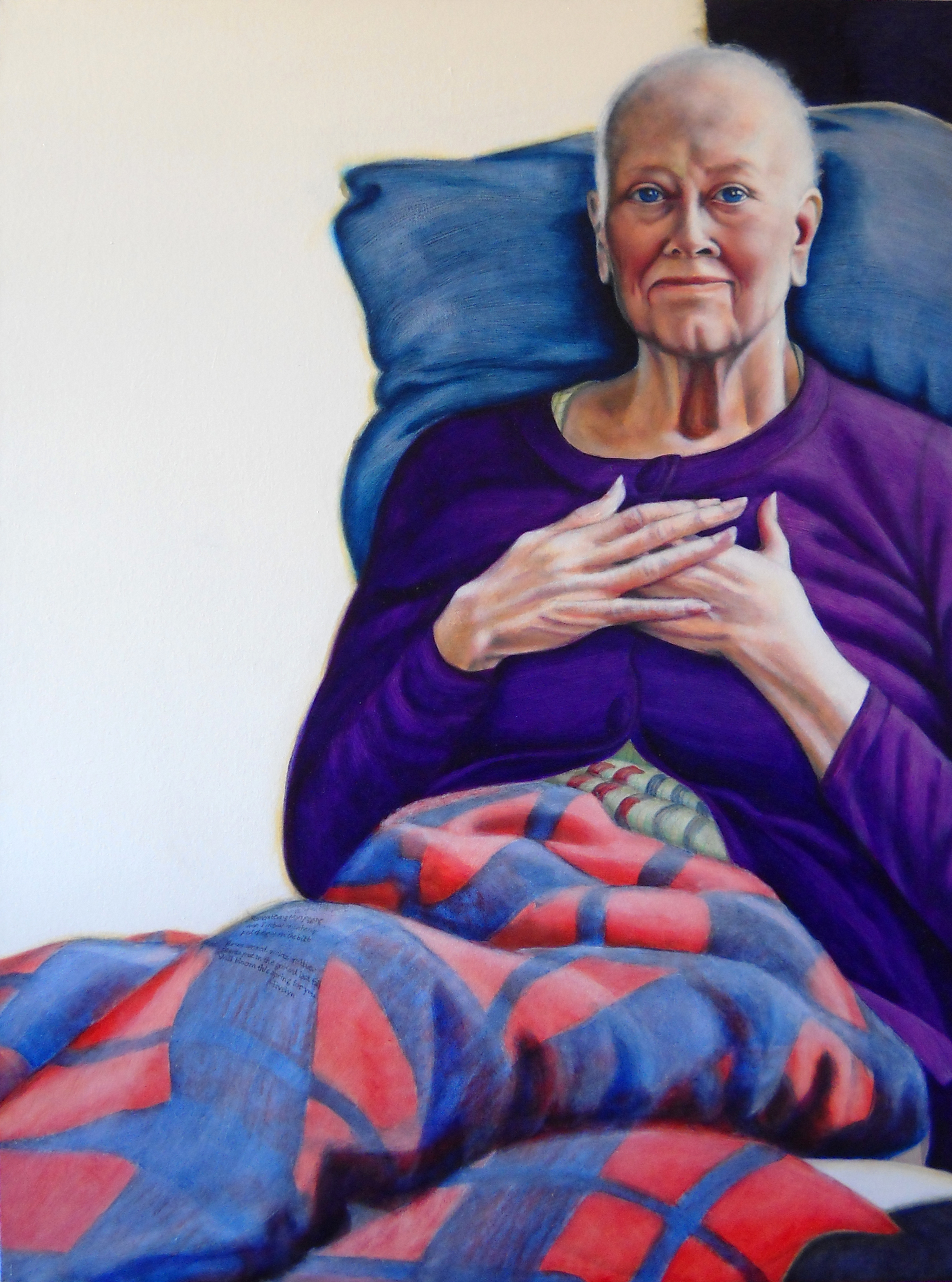 Montana was a land still being broken when I was growing up there. It was populated by frontier people whose lives were stamped on their bodies. My ranch-hand uncle was severely bow-legged, with one hand withered by frost-bite and minus a finger lost to a rope accident. I used to think of my father’s best friend as a mischievous parenthesis, he was so comically skinny with his sloped shoulders and an ever-present glint of mischief in his leathery steelworker’s face. My paternal grandmother looked perpetually uncomfortable in her wash-softened apron covering clothes she invariably tugged, embarrassed to be looked at with her flying-away hair and missing teeth. I was always aware of her self-consciousness, but didn’t understand until many years later how her thread-bare, post-Depression poverty must have pained her, having come from a well-situated family—to me, her fierce intelligence and competent grace were spellbinding; I was mesmerized just watching her work.

The dinner table was where we gathered for entertainment. My grandfather and uncles held a rollicking kind of court in their home, my father in ours. He used to entertain us with Brer Rabbit-style tales of the characters he worked with at the Anaconda Company copper refinery–stories of the underdog wit or cultural naiveté of the raw Irish, Italian, Scandinavian, Mexican and Croatian immigrants who mixed there with the children of homesteaders driven to industry by misfortunes of nature or the Depression. His stories taught us the vagaries of a harsh and beautiful place…a place of limited opportunity. And his skill mimicking dialects and cultural attitudes introduced us to the human comedy and an idea of common ground in our little western-industrial melting pot.

Consequently, portraiture was the inevitable merger of my interests (blessings/curses, i.e., art) with the way my father and his father had shown me. It probably led me to Theater, and has certainly colored the places I’ve chosen to work, in order to make the artwork possible. I, for better and worse, have always chosen work with interesting characters or challenges–ahead of pay–and consequently have met a marvelously diverse cast of characters: transsexual ex-prostitutes, immigrant fish butchers, ranchers, actors, teachers, writers, surfer dudes, grunge grrrls, physicians, scientific innovators and barge captains, to name a few. I wish I could write a thousand books and paint a thousand portraits, because there are so many great tales to tell. But I’ve learned that portraits are, for all the deliberation and hundred-plus hours behind them, largely a function of the right time, place and circumstance.

All of my subjects, to date, are friends, family or colleagues. Some are recognized professionals, others are anonymous but to their own circles; some are leaders or pioneers in their communities, some in the larger world; and some are just folks, like me.
Usually I start with a series of questions about things like recurring dreams, themes, ideas, metaphors, influences, symbols, important places, compelling colors, numbers, philosophies, and elements of nature or the universe…There are times when I have observed a gesture or posture that seems to me particularly telling about my subject, and other times I ask questions until I find the “pose”, the story, possibly the setting and/or symbolism.

I think I take a little of the Brer Rabbit from my father’s stories–those small twists of perception, pithy truths based in an observation of character. I understand that I can only capture a moment in a person’s life–we are all far too complex to be captured completely in a single image. But I want to find a core truth–of a moment, of a person–and I believe the deeper and more specifically I can get them to think, that that, combined with time in a room together, will get at something truthful.

And that sitting time is particularly satisfying to me, in part because it takes me back to those humorous, entertaining, and often touching moments in the human condition my father taught me to look for. But it also reminds me of the kind of intimate, observant, utterly engaged and accomplished attention that acting once demanded. It’s a wonderful space in which to work–it is demanding of both sitter and painter–and it, like acting, grows better with trust, with presence and with practice.

I’ve come to care very little about what my portraits “say” or how they fit into my larger body of work. I don’t worry about them speaking to the world at large. I view each one as its own universe, its own journey, its own relationship. They give me pleasure, they bring me into conversation with amazing people, they always stretch me–they are an awesome responsibility, and an honor to do. And in the end, there is something of the gift about them, this delivering up of the fruits of my abilities, experience and labor–the ultimate act of both making oneself vulnerable and at the same time standing up with that which I can produce from what I’ve done with my life. They are, as I have said before about art, the best kind of “good, hard work.”
The Character Portraits Gallery.
The Self Portrait Gallery.