This year’s Loteria cards were made on my friend Amanda’s dining room table, in the midst of a semi-itinerant, semi-exploratory transition period, moving from a steady job and a Bay Area rent, into…well, that is yet to be seen; more on that soon…
But for now, it was a welcome task—a touchstone—to do this annual collaboration with my nieces and nephew. 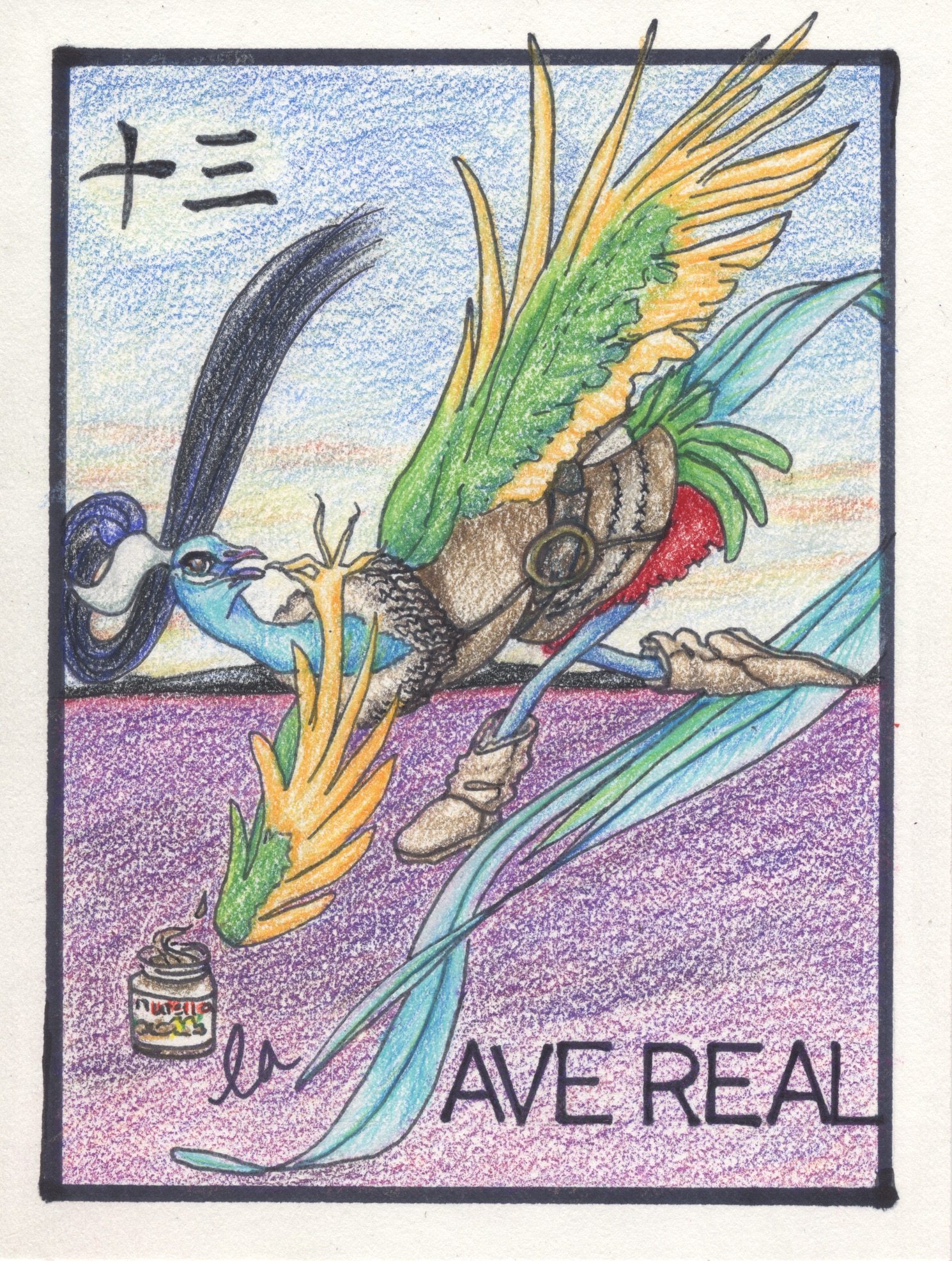 My youngest niece, Echo, felt she was a bird. But she didn’t have to be a specific species of bird. So I made her a hybrid between a peacock (pavo real, or “royal turkey” in Spanish) and a quetzal, a prized species in Mexico and Central America whose resplendent tail plumage (once used as currency) I did in her favorite color: Essie’s Mint Candy Apple. She’s doing a bird dance in her Chinese Dance Theater group this year (among others), and is a fan of Snow White in Once Upon a Time, Nutella straight from the jar, and her Uggs. Oh! And her favorite place to be is anywhere there’s a cool sunset. Her age, 13, is in Chinese characters this year. 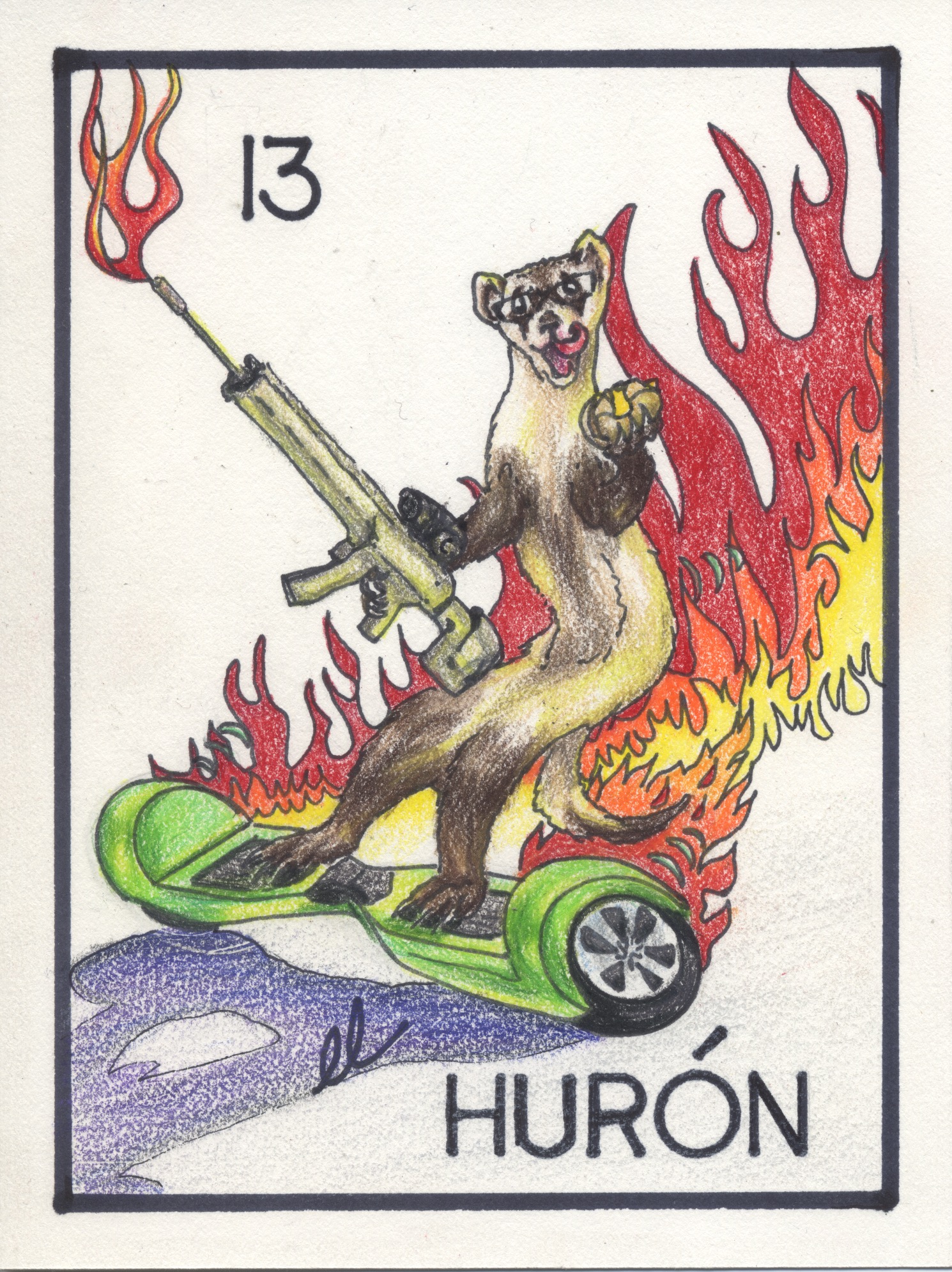 My nephew, Lars, says he’s a ferret this year—el hurón—small and tough. (This is clearly metaphor, as he’s now easily topping 6 feet.) His imagery is becoming more focused, more proportionate to the size of a card (I think he’s being kind to me). He’s into the Segway, Jimmy Dean Croissandwiches, and of course, awesomely realistic toy guns…even though this year marked an important rite of passage with the real thing. Flame is his element at 13. 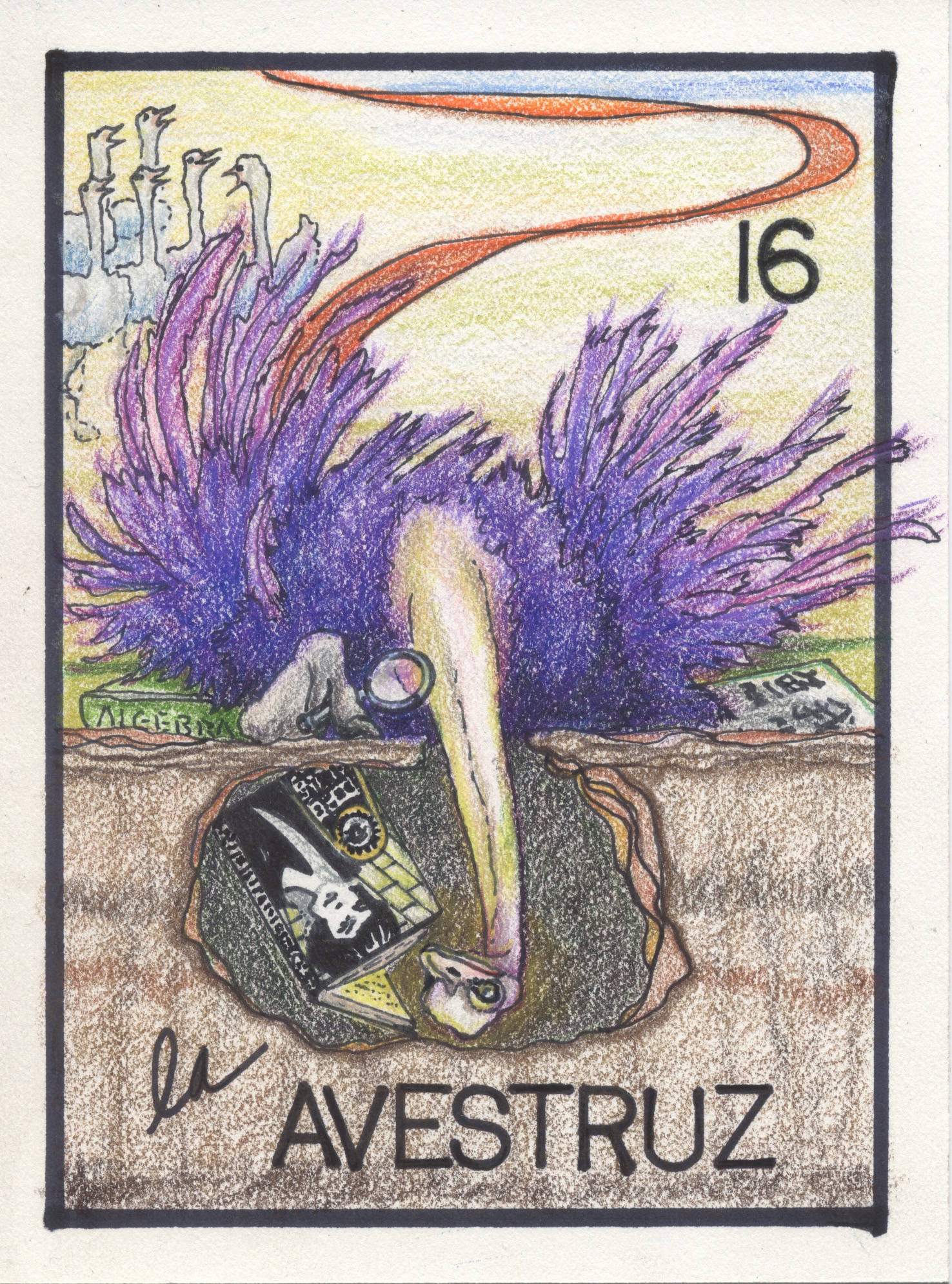 My older niece, Rhiannon, is still singing in a vocal group, the Teen Tones, and running track; both she and Echo are studying Chinese. But for all that, she feels a bit avoidant this holiday season—especially of Math and Chinese—preferring to stick her head in the sand (her words) and enjoy her current favorite YA series, The Diviners, about a young detective in the 1920’s. She chose the ostrich for her 2015 totem, pre-decked in the party-girl feathers of her flapper heroine, in her favorite purple.
To Echo, Lars and Rhiannon, with love and delight, from Tia Susana.