Well, clearly the blog/artwork have been off my radar for a while…upped my time at the day job. But still, I did my aunty thing–and one of my favorite holiday things–and made 2013 Loteria cards for my nieces and nephew. 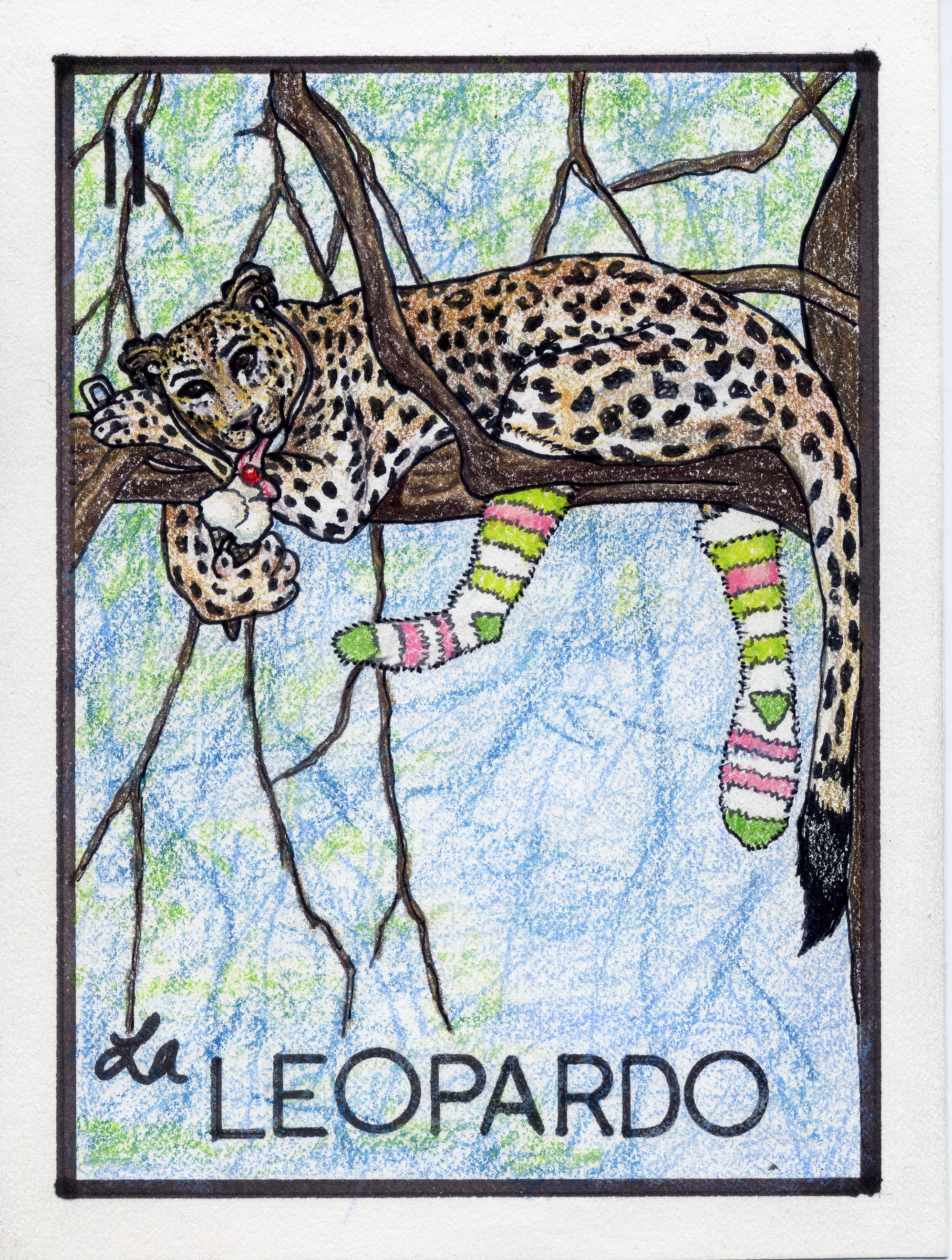 Echo was eleven in 2013, and she loved leopards, ice cream, her fuzzy socks, and listening to her iPod. 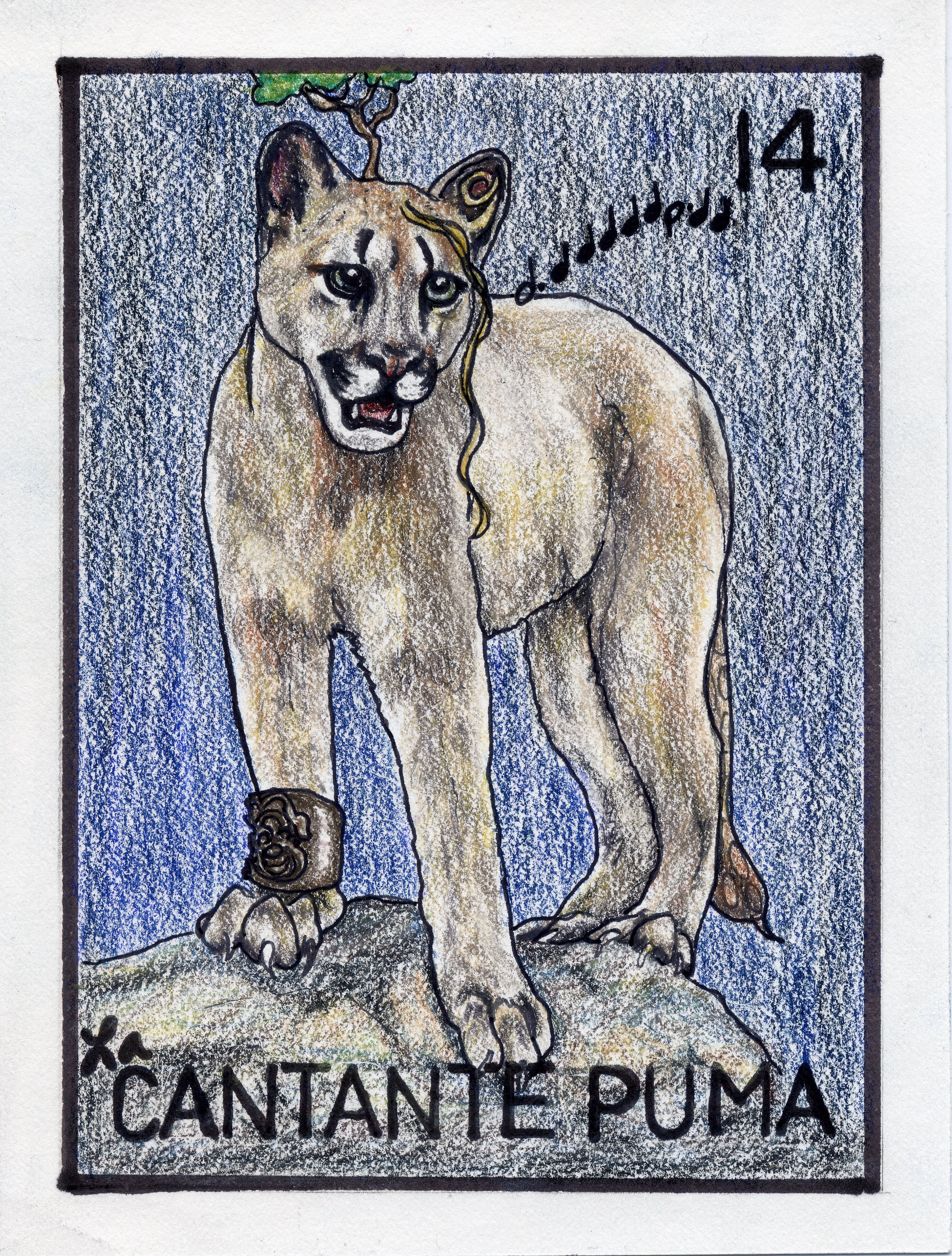 Rhiannon was singing–she is always singing–and drawing. The horn and “tree” are from a fantasy drawing she did, based on a favorite book. Which I misinterpreted. Can’t remember what the tree actually was in her version, something wonderful…but it’s been revised for all time by Tia Susana. 😉 Even so, I kind of like the image/idea. 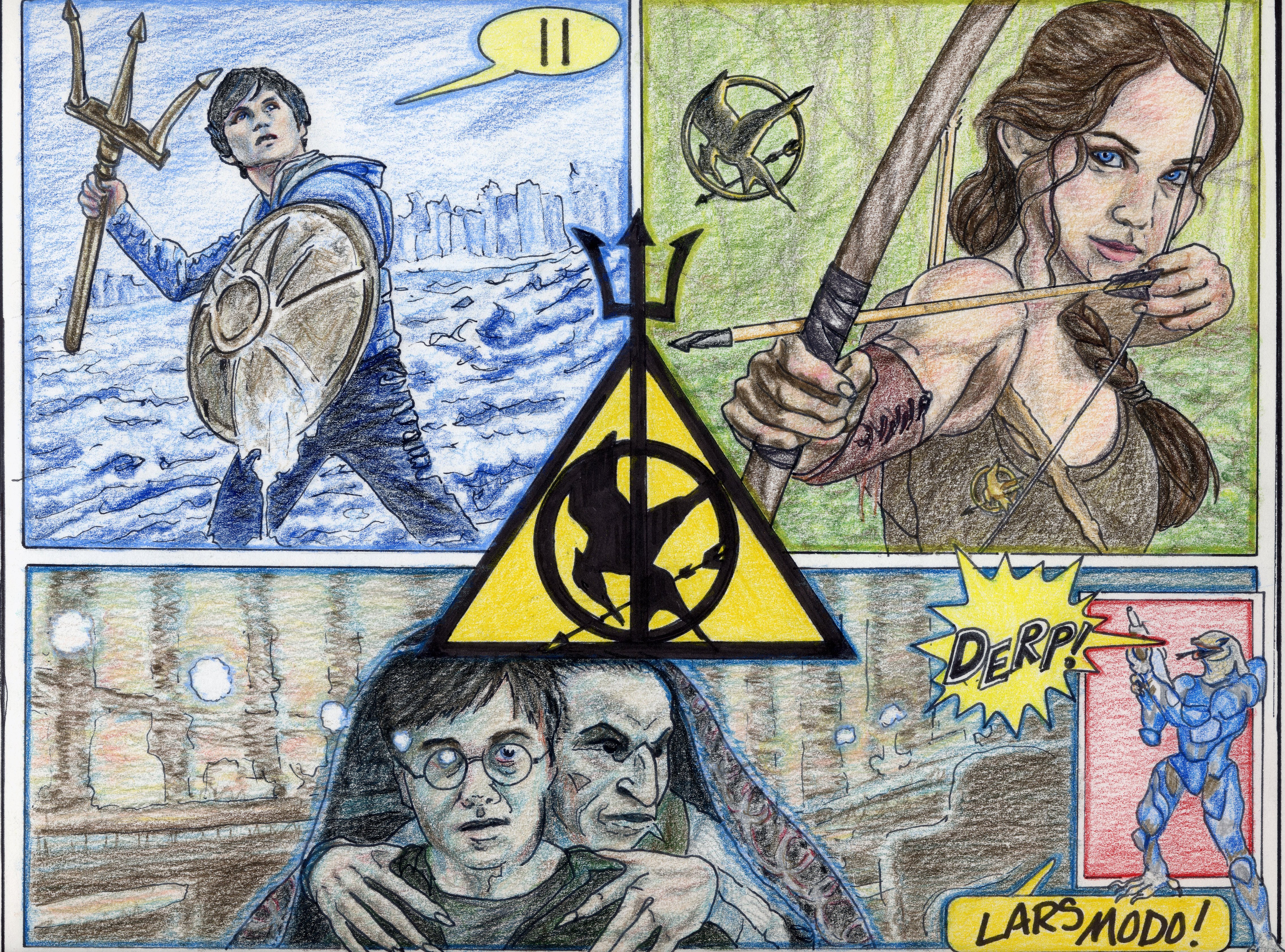 Lar’s card was a blow-out…it was just too big for a traditional card format. So in 2013, he got a comic book page instead. He was into the symbolism of various pop-culture youth-hero stories: the trident from Percy Jackson and the Olympians, Katniss Everdeen’s mockingjay, Harry Potter’s Deathly Hallows…and of course, at eleven, his totem was still grounded in the amphibian family.
The whole “Familia” series can be found here.