In Mexico, a fifteen-year old girl’s entrance into womanhood is celebrated by a quinceañera; the word describes both the party and the budding woman. It’s a big affair: she is dressed up like a bride, a prom queen, a princess; there is music and dancing, feasting and presents, a bountiful gathering of family and friends.
There are so many parallels between Mexican life and traditions—I should say Oaxacan life, as Oaxaca is to D.F. what Montana is to N.Y.C.—and the Catholic traditions I was raised with, that they always fire up my pen. I wrestle with the yin and yang of the quinceañera tradition–so beautiful that this transition is acknowledged, honored, ritualized; so maddening that the future it predicts is so limited. The quinceañera, the wedding, the validation of one’s spouse and legitimization of oneself through childbearing…and one’s role in the world is complete. More to the point, these are the only roles open to women…on the Good Girl side of the equation. Everything else is some version of Bad Girl.
These pieces in La Loteria Mia series look back at the decades that followed, for me, once I stepped off that Catholic gameboard. I wish I had done it with kindness (to myself and others) and integrity, but especially in the earliest years of re-invention, I think I was a little cruel, fighting a battle for that version of myself I wanted to define…and that probably had no other enemy–certainly no greater enemy–than myself… 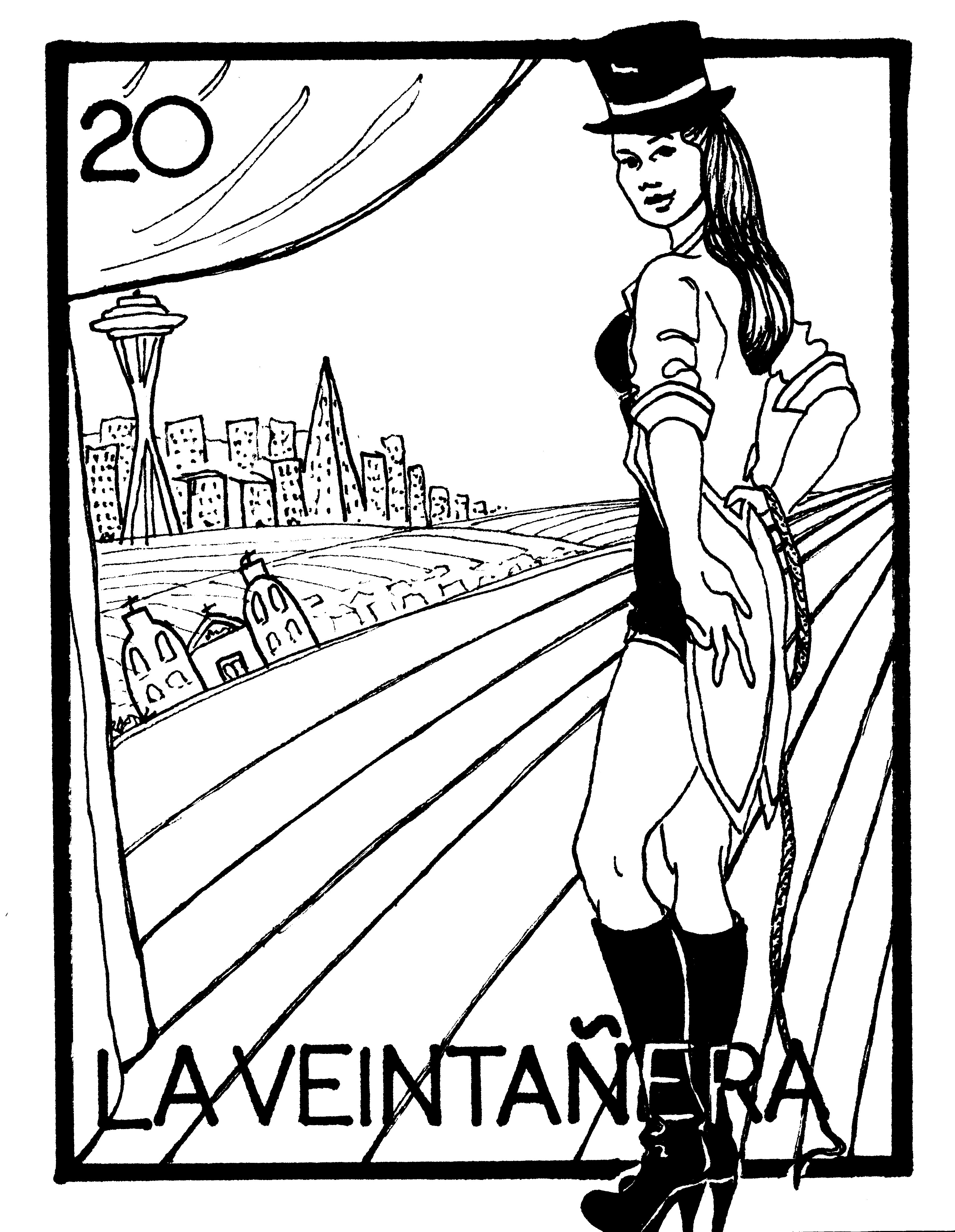 The world beyond Montana was a wonderland, a banquet laid out for my consumption, as ripe, vibrant, and sexy as I was…bold, cocky, exposed, certain there were no limitations I could not find my way over, through, or around…an emotional adventure, a circus in which I was ring-master, trapeze artist, and caged animal all at once… 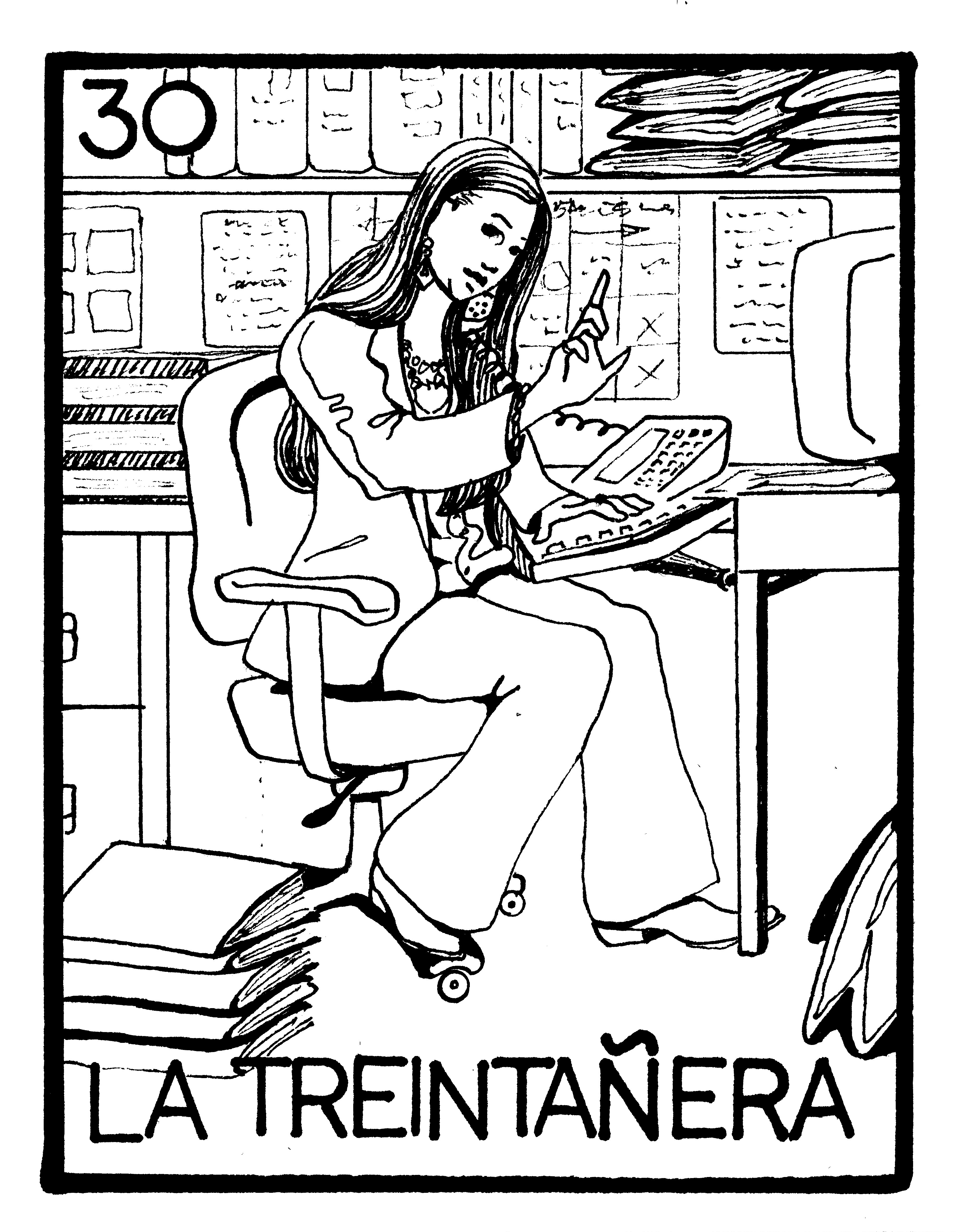 I was into my thirties by the time I came to the understanding that raw talent was only half the picture—maybe less—and that anyone could learn to do anything, you just had to access the lessons and take the classes…down to business, work, work, work…I had enough living behind me to have some weight; enough ahead of me to believe I could move mountains…enough vision, strength, and self-knowledge to actually move them…through work, work, work… 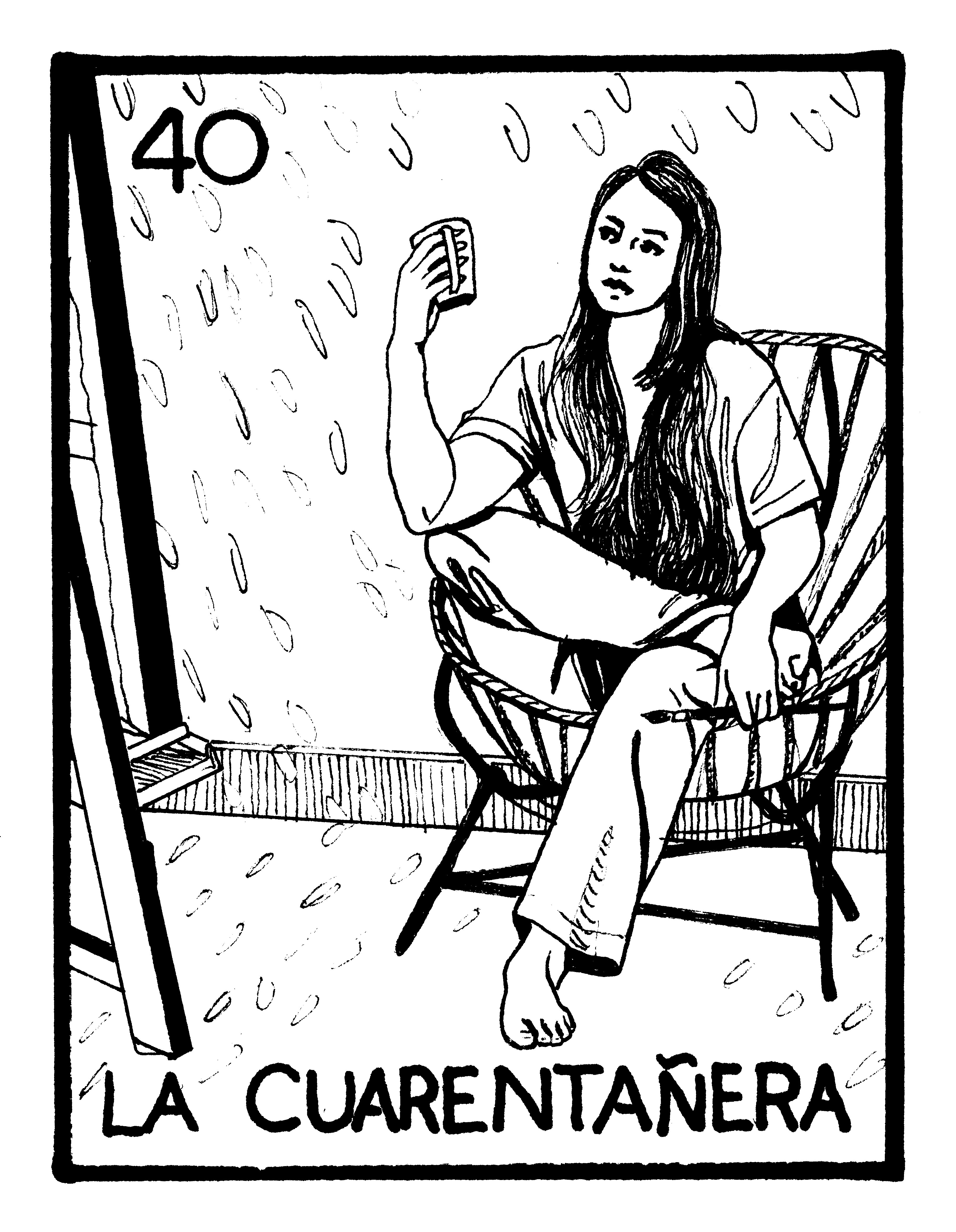 In my forties, I stepped out. Out of the work, work, work–at least work for money, and work for other people (certainly I’ve worked as hard to teach myself to paint and build a body of work); out of my country; out of my roles–my job description, my history, my community, my possessions and mementos–and therefore out of my definition; out of my language. I stepped away from tragedy. I returned to the creative, but in an art form I didn’t know. I embraced not “knowing how” and the pleasure of finding my own way through—observing, experimenting, practicing, hitting the wall, leaving it until I knew what to do next—stumbling through painting, which was at first a comfort, and then an even deeper fire that seared me to the bone, burned the drama off like ether and left me essential and committed.

The financial crisis, re-entry into the “straight world” workplace, and the commencement of my fifties all coincided. I have some thoughts about what that reflection will look like…and a new card is on the way…but I am holding off until the end of this decade to sum up La Cincuentañera…and hoping very much that what has begun with so much dark will be required by physics, if nothing else, to balance itself out with an equal, or at least substantial, measure of light.
Note: In Spring 2014 I made a hand-colored single edition print specially for the Mujeres show at Echoes Under Sunset in Los Angeles; image here.