Several people have asked that I make available the post I made on my private Facebook account, Oct 4, following the first Presidential debate–so I am sharing in this public forum. 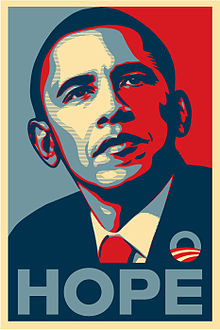 Jaysus. For the first time, ever, I had to turn off Jon Stewart.
Ok–granted, I really wanted Obama to take the piss out of Romney last night when he said blatantly pandering and dishonest crap.
But I also appreciated that The President–the man who stepped into one of the greatest crises in this country’s history, who cut through and rose above some of our worst, most embarrassing cultural crap, who demonstrated both faith and resilience in reaching across the aisle (and we all watched him–and I would hope, ourselves–get schooled in just how low the anti-Dem Right has sunk), who has fought such an exhausting battle for such democratic essentials as access to education, health, and a voice in government, all the while aging a century before our eyes–did nothing worse than acting like an adult when paired with a smug salesman..and today he is a joke?
I really find the backlash distressing. When you look at what Obama said–not at the things we wish he’d said, but at what he actually said–it is exactly what he always does: he spoke to us like we are people capable of listening to more than soundbites, of sorting comparative information, of grasping the relevant points, rather than like children who need to be entertained. Why is that not a good thing?
He didn’t get in the dirt w/Romney. By now, he’s had 4 years facing that same brand of smoke-blowing bullsh*t; can we really blame him for not engaging on that level?
And are we really that fickle? Do we really think all the problems of our country should be so easily solved? Do we honestly think that, because a leaner, greyer, worn-looking Barack Hussein Obama didn’t slap the confident Regan half-smirk off Mitt Romney’s face, he’s a loser? The fact that he is where he is, who he is, having done what he has in 4 years, is such a remarkable testament…I don’t know…
When Stewart showed the image of a glowing, focused, vibrant Obama storming the stage in Denver a mere 4 years ago, to me, it was the illustration of what this county has demanded of Obama. It recalled the earliest days of his presidency when he campaigned so tirelessly for dialogue to solve the extraordinary problems facing us, crises for millions losing their homes and livelihoods, millions more losing their lives because of inaccessible healthcare, two wars the country hated, our standing and relations with the rest of the world in tatters…and the implacable wall of politics and self-interest that he faced on every issue…
And now, what? He’s not shiny and new any more, so crumple that up and toss it? That vibrant face. It made me feel ashamed of us. There’s Stewart complaining that that wasn’t the guy on stage last night. Where was that guy? The well-rested, tanned and sexy one? This guy, the tired one, the hardened one, who is actually running for a second term instead of telling us to all go f*k ourselves–and he truly has every right to, now that, on top of everything we handed him on his first day, Citizens United requires him to campaign full-time, in addition to his day-job–this guy, who is strong enough to show us his humility (ever heard of humility, America? remember Bush II? ever think it might be a good thing?)–this guy’s worth nothing to us now that he doesn’t look as pretty and sound as perky? Is that it?
I feel like we’re a whole country who’ve made ourselves sick on too much cotton candy; and we deserve to be really, really ill.
And I am really unhappy with Jon Stewart tonight.
________________________________________
In continuing to think on this, I went back and found Obama’s race speech–well worth a re-read: http://www.huffingtonpost.com/2008/03/18/obama-race-speech-read-th_n_92077.html?utm_hp_ref=fb&src=sp&comm_ref=false